The Curaçao Clean Up Foundation Interview

Every year in September the Curaçao Clean Up Foundation organizes the World Cleanup Day in Curaçao. During this event thousands of volunteers take to the streets and bays to clean up the mess people have made during the rest of the year. It’s not a particularly high-tech endeavor but it is a good example of how a small grassroots initiative has grown into an influential public-private partnership.

We spoke with Myrthe George-Verhulst, the foundation’s president, about what the Curaçao Clean Up Foundation does, how they do it, and how it’s going.

Most people know the foundation as the organizers of the World Cleanup Day and think that that’s the only thing they do. The first is true, but the second part of that sentence couldn’t be much farther from the truth. The World Cleanup Day is one of the events they organize but they do so much more and that one event that everyone knows them from isn’t even part of their mission statement. It’s a tool they use to help fulfill their mission.

Their mission is to create awareness related to dump and littering and to create a cleaner Curaçao. Myrthe explained that their number one enemy is the fact that people often don’t see the trash around them. This trash blindness makes people think that trash is not a big problem in Curacao and makes them add to it without thinking much of it. Organizing events like the cleanup, as well as many other events throughout the year, really helps in showing people how much trash there is everywhere.

Another important weapon in the fight against trash blindness is letting people organize their own thing. As the foundation says: “It’s as easy as 1-2-3. Find a spot, get a group together, and contact the foundation for equipment.” These initiatives from streets, neighborhoods, groups of friends, etcetera may not always be done exactly how the foundation does things but that initiative is what counts, Myrthe says. It means that those people take ownership of their project or neighborhood which makes them much more invested in their neighborhood which in turn leads to stronger social cohesion and a stronger desire to keep things clean.

The Curaçao Clean Up Foundation is also politically active. Their petition last year (exactly 1 year ago yesterday) with a set of suggestions to combat pollution on the island raised over 6,000 signatures (~3.75% of the island’s population) which allowed them to present their case to Curaçao’s parliament. Nothing much has come of that yet, but the foundation stays active and regularly meets with entities like the Department of Health, Environment & Nature (GMN), the Curaçao Tourist Board, Selikor, the X-Team, etcetera to assist with information and advice.

Even though the foundation doesn’t specifically want to be politically engaged they are aware that there is a need for control and enforcement. Without enforcement any environmental policy or law is essentially a paper tiger. So they collaborate where they can and, in the meantime, keep working on changing attitudes with positive actions.

Several other examples of the foundation’s activities over the past year include raising awareness of the carbon footprint associated with ‘the cloud’ around Digital Cleanup Day, a pilot project centered around recycling in the neighborhoods, at schools, and at businesses, a pilot project with an interactive recycling bin that urged people to recycle and thanked them when they did, and much more. A short sad story about the interactive recycle bin: someone stole the sensors so it’s not interactive anymore. 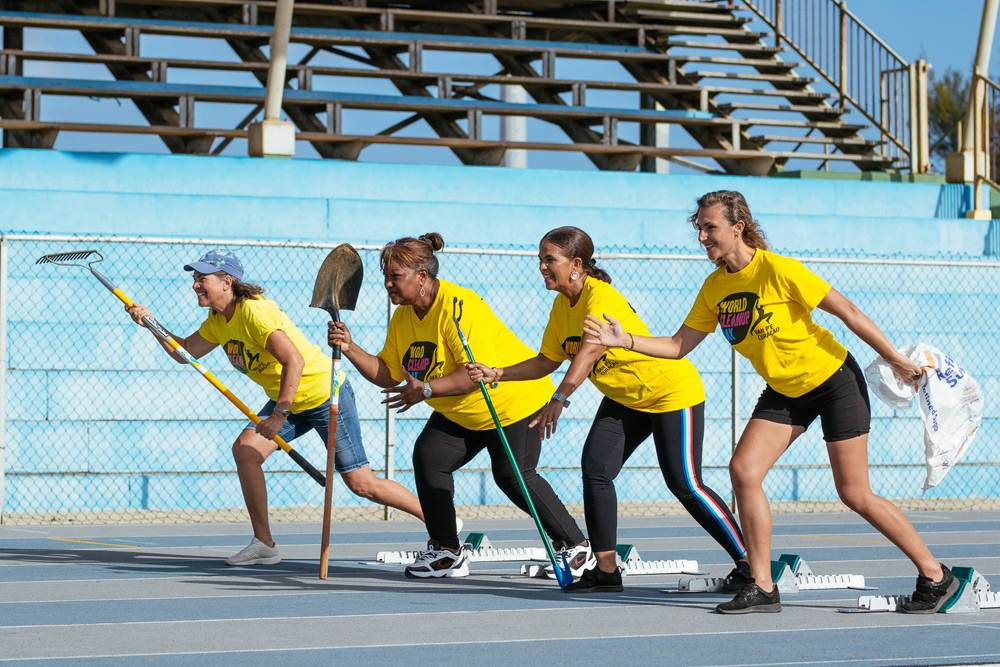 Aside from what they do we were also interested in how they do it and if they use any specialized software. Myrthe explained that they get a lot of their information from volunteers and “Sentros di Bario” and they also know from experience where people tend to dump trash. The only digital service they use for finding/registering dump spots is the Curaçao 311 app which they use since 2020. There are other apps that are geared specifically to what the foundation does (Myrthe mentions TrashOut and Clean Swell®), but they think it’s important to use an app that’s built locally and can be used by everyone in Curaçao year-round.

When it comes to assigning people/equipment to locations the foundation doesn’t use any specialized software, algorithm, or other digital magic. They know how much is needed to clean a spot so the board members visit every spot they’ll clean and assign everything from experience.

What they do do is that they keep records of everything they do every year and they use this information to inform their actions the next year. The records they keep aren’t just the amounts of volunteers that helped and how much trash they removed; they also save information about the specifics of all activities during the day. This ranges from percentage of people who registered vs who showed up to who helped to set things up and how everything went at specific spots.

These fluctuations can be attributed to the fact that the core group that organizes all these activities is very small (4 people) and they don’t have the kind of funding that would let them buy all kinds of heavy equipment. The one time they disposed of 1,000,000 kilos of trash; a large local contractor with a lot of equipment donated all their equipment for the day because they were celebrating their anniversary. The one time they collected only 24,000 kilos; that was the year that they had almost 0 heavy equipment so they could only collect lighter pieces and couldn't tackle the larger dump areas.

Every up and down in the numbers has a story like that where one specific factor influences the amount of collected trash in a big way. What this shows is that there is a lot of potential for growth given sufficient investment. When they have the equipment, they can mobilize the people to put it to good use, and with a larger team they will be able to get more work done. The work (trash) is there, they are willing to clean it up and help combat trash blindness, they know how to organize events like the cleanup with 1000’s of volunteers, and with a little more help they can do it even better than now.

We spoke about many other aspects of the trash situation in Curaçao but we don’t want to make this article much longer. One of the things that kept coming back was that it takes a generation to change the behavior of people. The Curaçao Clean Up Foundation is convinced that creating awareness with the younger generation will eventually result in a much cleaner Curaçao, especially if it’s paired with initiative right now to curtail the creation of more trash by eliminating single-use plastics and items that can’t be recycled from shops, bars, and restaurants.

The Curaçao Clean Up Foundation is looking for more people to join their core group of volunteers so if you’re interested be sure to contact them via [email protected]. 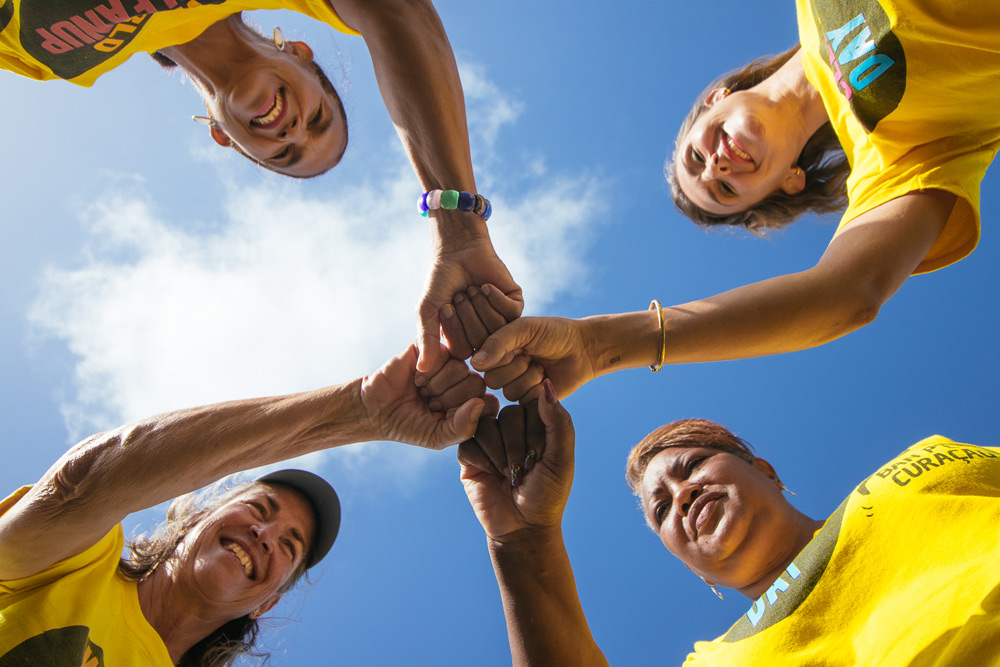